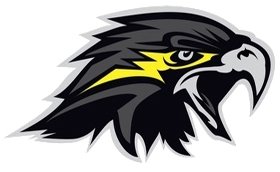 Wichita Falls, TX, October 27, 2015 – The Wichita Falls Nighthawks haveannounced the hiring of Anquanius Frazier as the defensive coordinator. Frazierjoins the Nighthawks after beginning his coaching career as the defensivecoordinator and the defensive backs coach for the Bemidji Axemen. NighthawksHead Coach Billy Back said, “Getting Coach Q’s experience and youth are two thingsthat were important to me in filling this position. He’s a former player of mine andhis ideas and enthusiasm match mine as does his character.”

Prior to coaching, Coach Frazier spent four seasons playing in the IFL. In 2014,Frazier played both ways for the Texas Revolution where he recorded 69 tackles, 2interceptions, 2 forced fumbles, 3 fumble recoveries as well as 19 receptionsoffensively for 274 yards and 3 touchdowns. “I’m excited to have Q here as mydefensive coordinator and feel he will be an asset for our team on and off the field,”said Coach Back.

The Nighthawks also announced the signing of 2012 IFL Offensive Rookie of the Year,Jasonus Tillery, as an assistant coach. “One of the key components in the indoor game isthe eye in the sky. You need someone with the knowledge of both offense and defensethat Jasonus will bring to us,” said Coach Back.

Other News – The Wichita Falls Nighthawks will hold tryouts on November 7, 2015 atthe Kay Yeager Coliseum. At least one contract offer is guaranteed. For moreinformation, go towww.WFNighthawks.com.