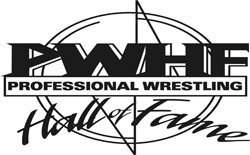 WICHITA FALLS, TEXAS (November 19, 2015) – The Professional Wrestling Hall of Fame (PWHF) announced today plans to relocate the organization’s headquarters, hall of fame and museum to Wichita Falls.  President of the PWHF, Johnny Mantell made the announcement during a ceremony at the new headquarters, which will be located in the Annex of the First Wichita Building, known locally as Big Blue.

Henry Florsheim, president and CEO of the Wichita Falls Chamber of Commerce said, “Wrestling is a huge part of our culture; in fact, the largest crowds our coliseum ever draws are for professional wrestling.  This is a huge feather in the cap for Downtown Wichita Falls and the city as a whole, and may well turn in to one of our largest tourism draws.”

Additionally, the PWHF plans to host the 15th annual induction weekend in May 2016 at the Multi-Purpose Events Center (MPEC) in Wichita Falls. The inductees are as follows:

Past inductees include such legends as Bruiser Brody, Danny Hodge, Stan Hansen, Wendi Richter, Ric Flair, Andre the Giant and Hulk Hogan.  In the past, the event has included a wrestling show, street fair, collectors & memorabilia convention, meet & greet with Hall of Famers and a ticketed induction banquet. For more information on the ceremony, contact Wichita Falls Convention & Visitors Bureau at 1-800-799-6732 or visit www.PWHF.org.