(Phoenix, AZ) The world famous Harlem Globetrotters began the day holding five official Guinness World Records® records. Yesterday alone they set seven, including a record for most basketball three pointers made by a pair in one minute – held by NBA superstars Kevin Durant and Dirk Nowitzki – and the third world record set by Thunder Law in as many years.

The records were all set at Talking Stick Resort Arena in Phoenix, home of the Phoenix Suns, in celebration of the 11th annual Guinness World Records Day.

Globetrotters stars Ant Atkinson and Cheese Chisholm drained 19 three pointers between them in one minute – alternating between made shots – to smash the record of 15 by Durant and Nowitzki. 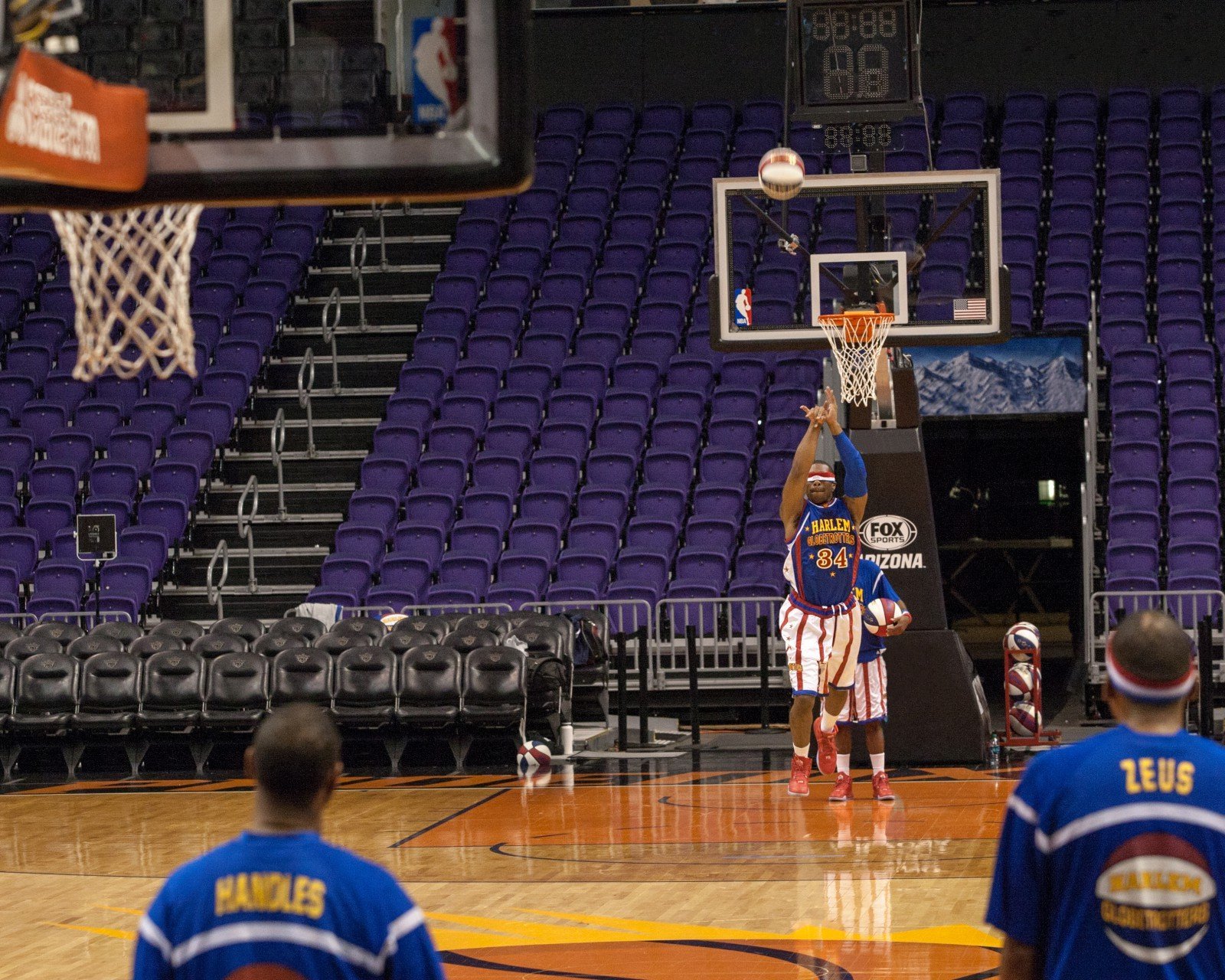 “Being a part of this record-setting day with all of my teammates was incredible,” said Ant. “The Globetrotters have been setting the standard for amazing basketball feats for 90 years, and we are ready to show our wonderful fans more remarkable basketball and family entertainment throughout our 2016 World Tour.”

Here is a rundown of the other records set by the Globetrotters yesterday:

CLICK HERE to see footage of all of the mind-blowing records.

Celebrating 90 iconic years of providing smiles, sportsmanship and service to millions, the Globetrotters will tip off the North American leg of their 2016 World Tour on Dec. 26, and the team will play over 330 games in more than 260 cities in 48 U.S. states, eight Canadian provinces and Puerto Rico through April 2016. To find a performance near you and purchase tickets, visit harlemglobetrotters.com.

Guinness World Records Day sees upwards of 600,000 people in more than a dozen countries trying to set or break world records.  Established to commemorate the day in 2004 when Guinness World Records became the world’s best-selling copyright book, every year, Guinness World Records Day captures the imagination of people young and old from every side of the world attempting some truly amazing and awe inspiring feats. And the Globetrotters will make a stop at Wichita Falls’ Kay Yeager Coliseum on Februrary 1, 2016! Tickets can be purchased now by calling 940.716.5555 or by visiting this link!