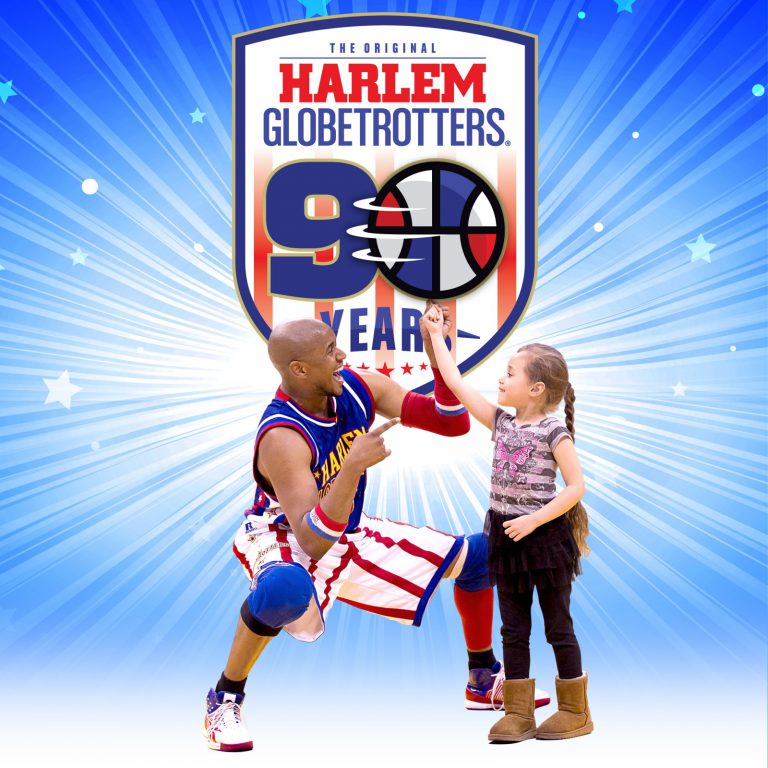 Known worldwide as the Ambassadors of Goodwill™, the Globetrotters also announced today that they are giving back even more during their 90th year with The Great Assist program. Stars of the team will leave a mark in communities across North America with acts of goodwill during the tour that is set to play over 330 games in 260 cities.

Fans are encouraged to visit GreatAssist.com to nominate a worthwhile cause or a deserving family in need of a smile, and the Globetrotters will help as many fans as possible throughout the tour.  In addition to fan requests, the team is planning to bring their bullying prevention program to over 400 schools and community centers, talk to youth about character education and physical fitness, visit children’s hospitals and lend a hand to those in need.

On the court, the Globetrotters’ 90-year celebration will feature some of the greatest athletes and entertainers on the planet. With a star-studded roster featuring Big Easy Lofton, Ant Atkinson, Hi-Lite Bruton, Thunder Law, Bull Bullard and Cheese Chisholm– plus female stars TNT Maddox and Sweet J Ekworomadu* – the Globetrotters’ one-of-a-kind show is unrivaled in the world of family entertainment. Every game will showcase incredible ball handling wizardry, rim-rattling dunks, trick shots, hilarious comedy and unequaled fan interaction. After the game, Globetrotter stars will sign autographs and take photos with fans.^

As part of the launch of The Great Assist, the Globetrotters performed before fans in Times Square in New York City on Oct. 6 and named TV personality Robin Roberts as just the 10th Honorary Harlem Globetrotter in history. Roberts joins the likes of Henry Kissinger, Nelson Mandela and Pope Francis, who was honored at the Vatican this past May. The Honorary Harlem Globetrotter accolade recognizes an individual of extraordinary character and achievement who has made an everlasting mark on the world. Roberts has provided inspiration for millions, as she has publicly battled life-threatening health issues.

The Harlem Globetrotters® are a worldwide icon, synonymous with one-of-a-kind family entertainment and great basketball skills. Throughout their history, the Original Harlem Globetrotters have showcased their iconic talents in 122 countries and territories on six continents, often breaking down cultural and societal barriers while providing fans with their first-ever basketball experience. Proud inductees of the Naismith Memorial Basketball Hall of Fame, the Globetrotters have entertained hundreds of millions of fans – among them popes, kings, queens, and presidents – over nine thrilling decades. Sponsored by World Vision, Greyhound Lines and Baden Sports, Harlem Globetrotters International, Inc. is a wholly-owned subsidiary of Herschend Enterprises, the largest family-owned themed entertainment company in the U.S. For the latest news and information about the Harlem Globetrotters, and to purchase tickets and team merchandise, visit the Globetrotters’ official Web site: www.harlemglobetrotters.com.

*Rosters will vary in each city and are subject to change.