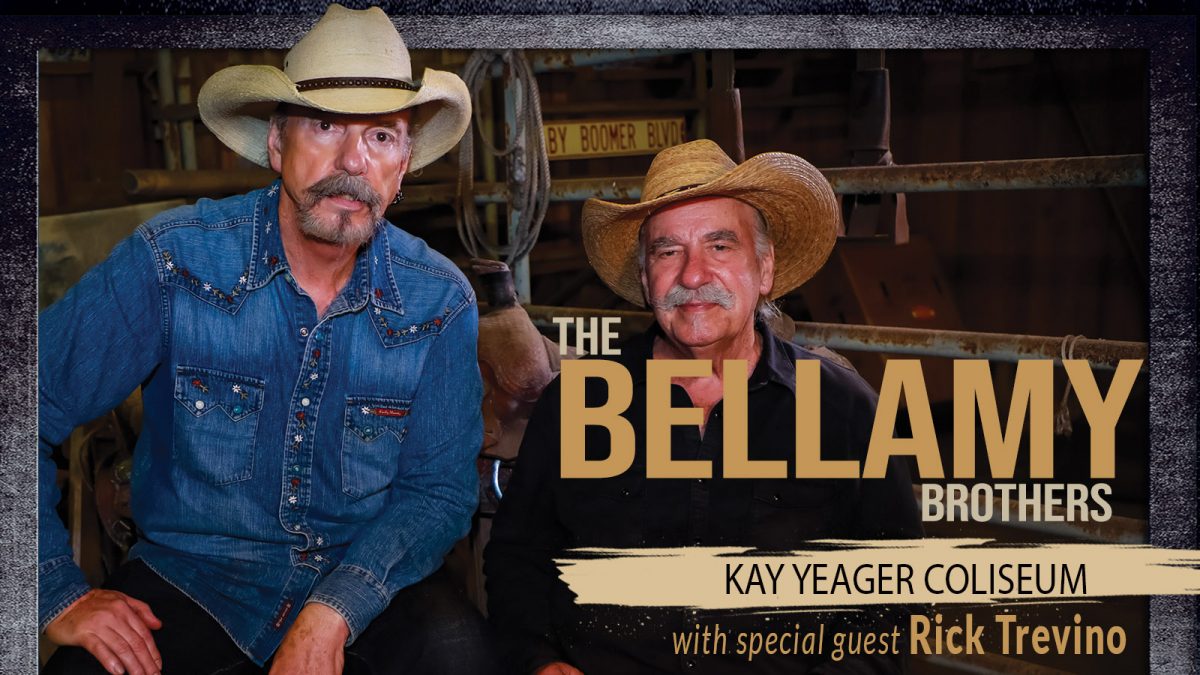 Get ready for the country throwback event of the year! The Bellamy Brothers are taking the stage at Kay Yeager Coliseum on Friday September 30th, along with special guest Rick Trevino! There will even be a dance floor for those of you who just can’t help but swing to the music.
Howard and David Bellamy continue to prove that the trail they’ve ridden to fame has been as unique as their music itself – music that is now celebrating over 40 years of success. With smash hits like “Let Your Love Flow” and “If I Said You Had A Beautiful Body (Would You Hold It Against Me),” they have received numerous Grammy and CMA Award nominations. Their patented blend of rock and country music has thrilled U.S. and international audiences alike.
Rick Trevino is a Mexican-American country music artist who is known for his Grammy-winning participation in “Los Super 7” whose members included elements of Los Lobos, the Texas Tornadoes along with Joe Ely and Ruben Ramos. He has charted fourteen singles on the Billboard Hot Country Songs charts and recorded seven studio albums.
Tickets start at just $20.
Get your tickets at the Texoma Community Credit Union Box Office Mon. – Fri. 10am-5pm, call 940-716-5555