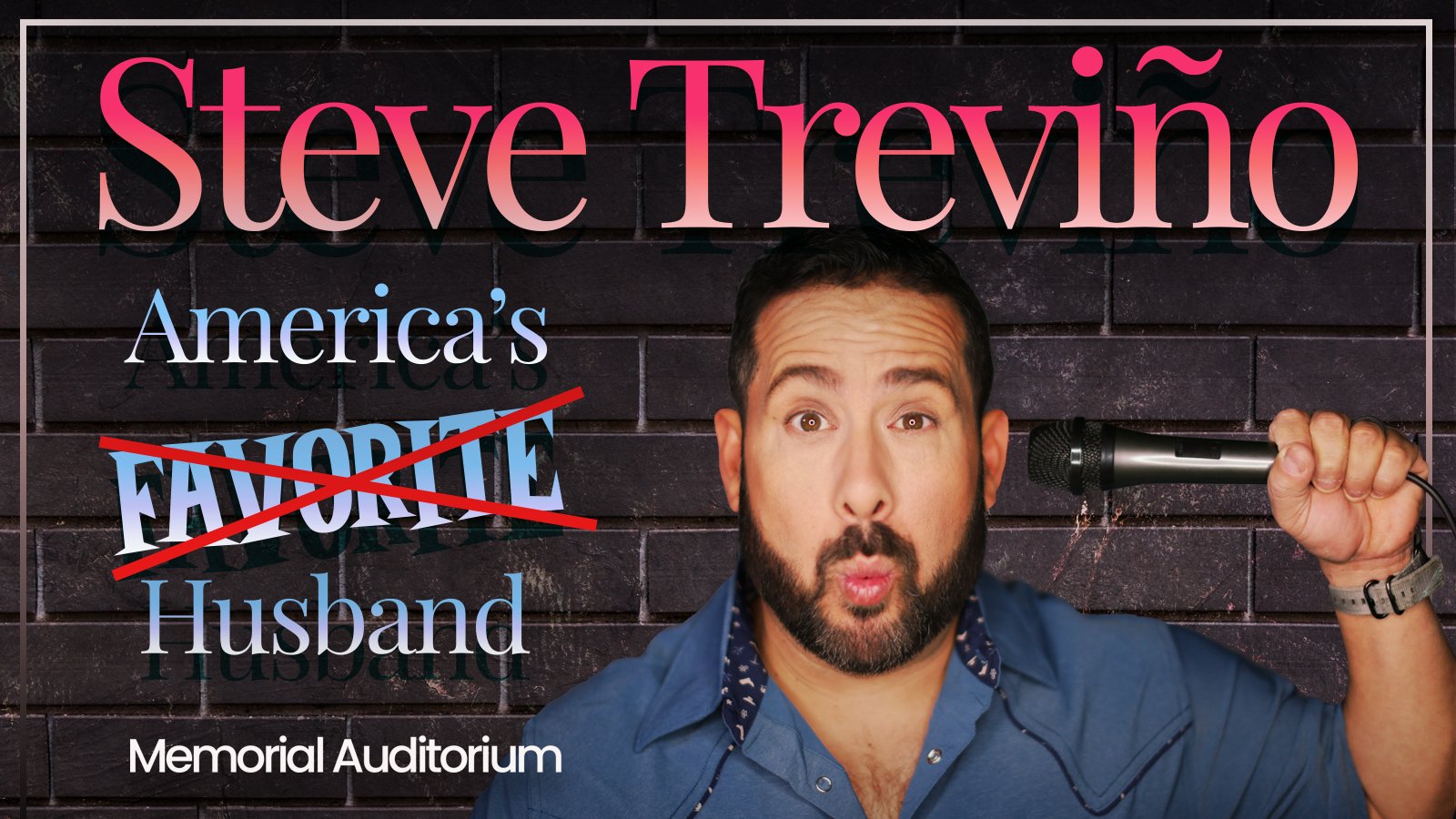 He’s fluent in wife, loves beer and barbecue, and is “America’s Favorite Husband.” Steve Treviño is coming to the Memorial Auditorium on November 4, 2022.

Comedian Steve Treviño shares hilarious observations on fatherhood, husband-hood, and modern life-hood at large. He locks into an undeniable rhythm fueled by straight-shooting honesty and a
whole lot of heart. He appeals to audiences on the most relatable level by fitting right into their families. Among many skills, he can “speak wife” fluently. (If you’re married, you know this language!)
He takes pride in his ability to assemble his own swing sets, slides, and backyard playground projects—neglecting to “call the guys” He takes pride in the fact he’s “not allowed to make [his] own decisions,” as any
good husband should.

This identifiable approach affirms his status as one of the country’s fastest rising comics, viewed over 175 million times, selling out shows coast-to-coast, amassing over 1.1
million social media followers, and headlining specials for Amazon, NETFLIX, Showtime, and more

Tickets are on sale April 29th.