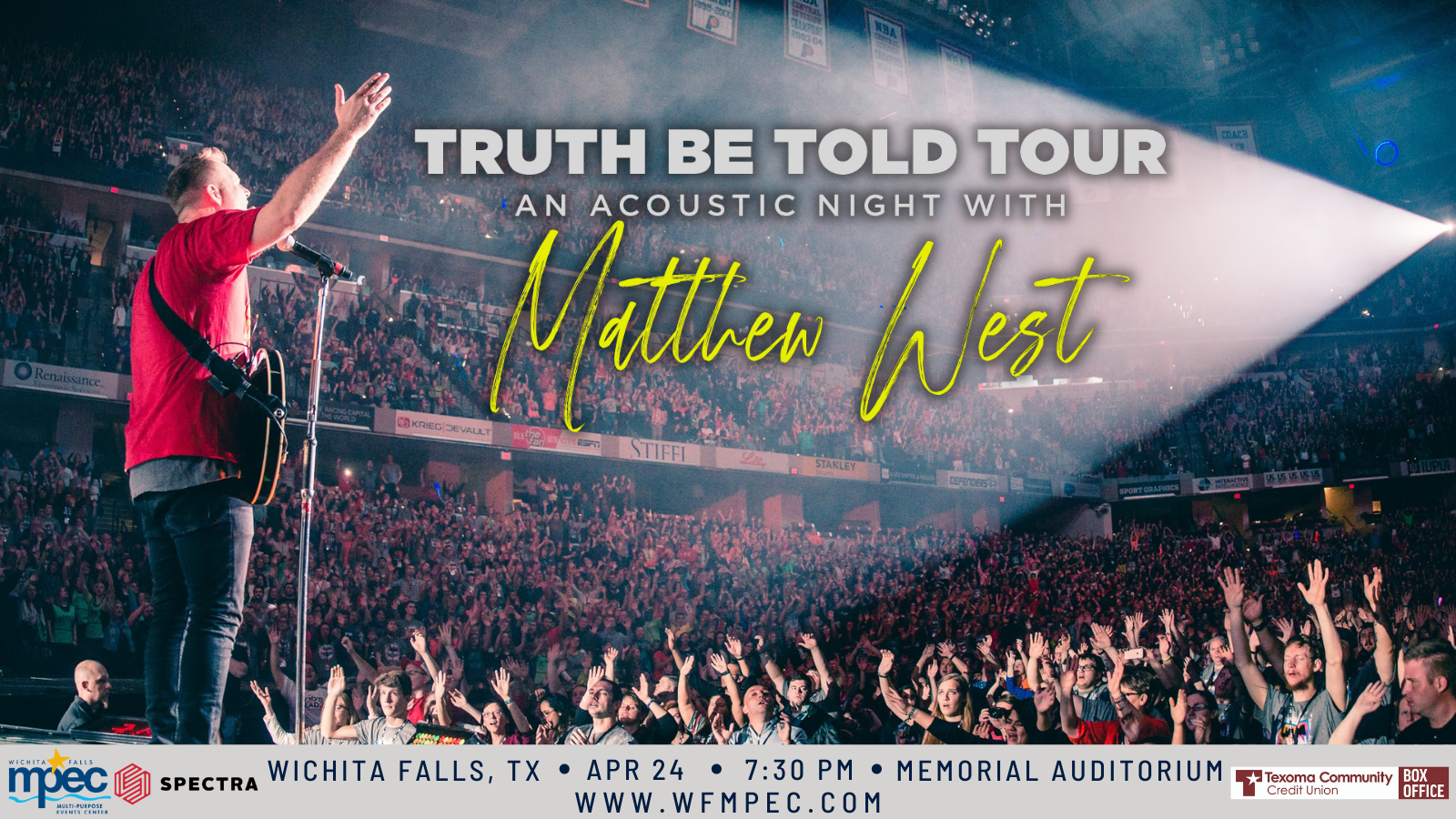 Matthew West is coming to Wichita Falls on April 24 at 7:30 PM! Catch him in an acoustic setting as part of his Truth Be Told Tour. Tickets will be available NOW!

Matthew West is a five-time GRAMMY® nominee, a multiple ASCAP Christian Music Songwriter/Artist of the Year winner and a 2018 Dove Award Songwriter of the Year (Artist) recipient. He has received an American Music Award, a Billboard Music Award, a K-LOVE Fan Award and named Billboard’s Hot Christian Songwriter of the Year. A recipient of the Rich Mullins Impact Award, West also received a Primetime Emmy® Award nomination for Original Music & Lyrics for the title track for the feature film “The Heart of Christmas.”  He has been awarded a RIAA Gold certification for his single “Hello, My Name Is” and RIAA Platinum certification for the song “The Motions.”

In addition to his own recording career, he has co-hosted the K-LOVE Fan Awards five times and has more than 130 songwriting credits to his name, including cuts by Rascal Flatts, Scotty McCreery, Michael W. Smith, Amy Grant, Mandisa, Danny Gokey and others, along with back-to-back No. 1 songs by Casting Crowns including their recent single, “Nobody,” which West is featured.

Adding author to his list of accolades, West has written five books to date: Give This Christmas Away, The Story Of Your Life, Forgiveness, Today Is Day One and his latest, Hello, My Name Is. He is also passionate about providing hope and healing through the power of prayer and story. Along with his father, Pastor Joe West, they founded popwe, a non-profit ministry helping others to craft, share, and live a more meaningful life. Please visit popwe.org for more information.