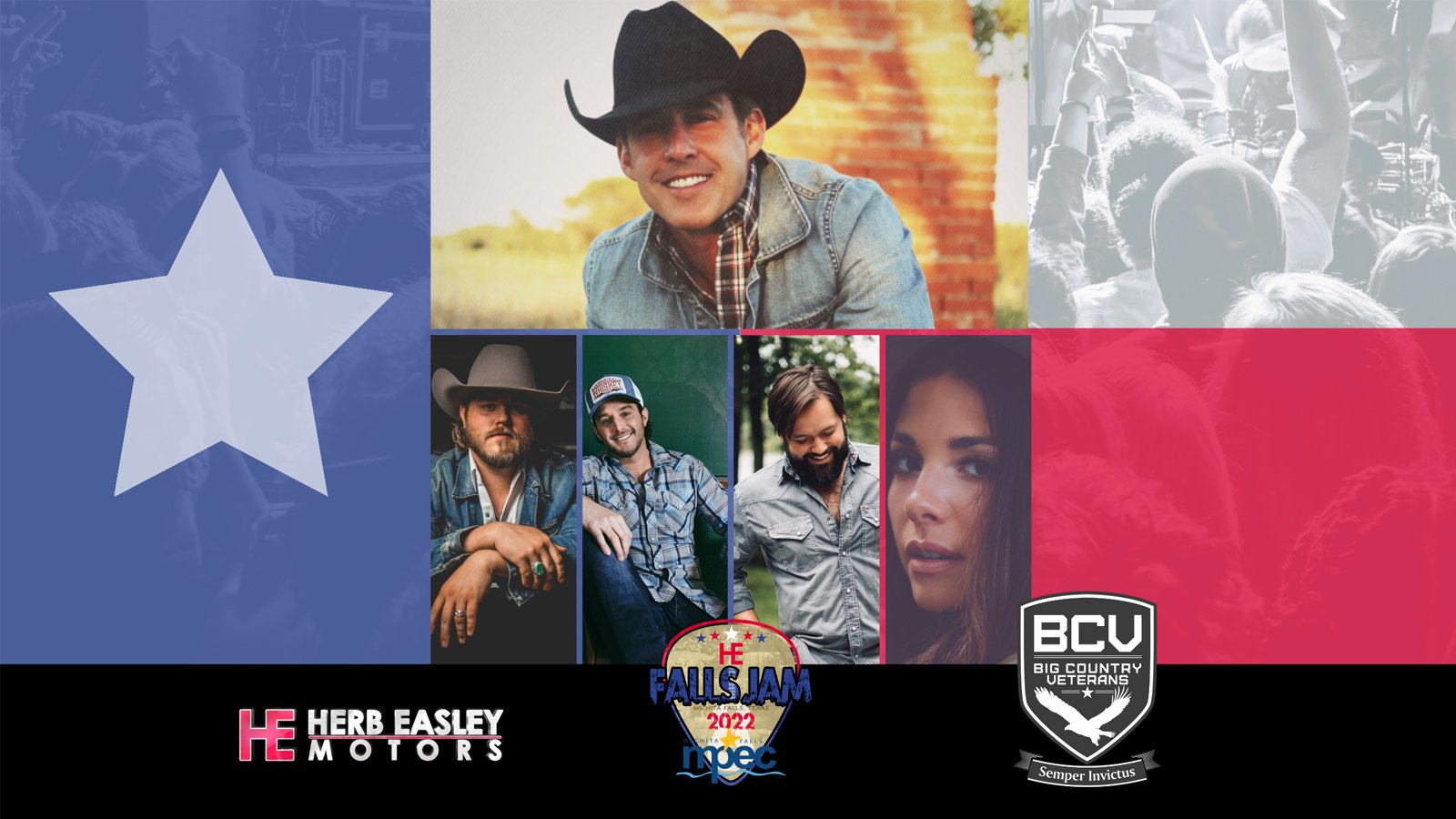 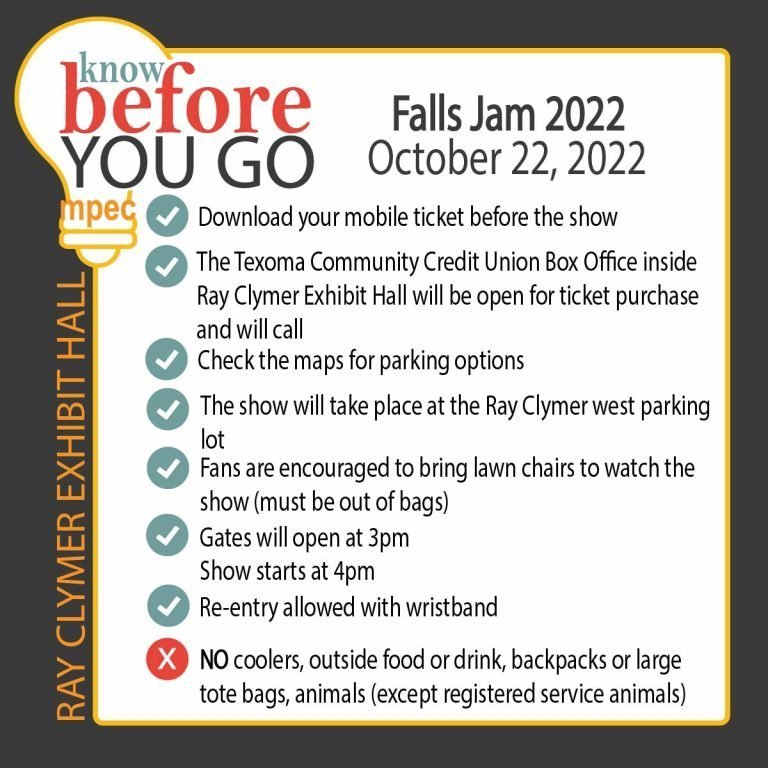 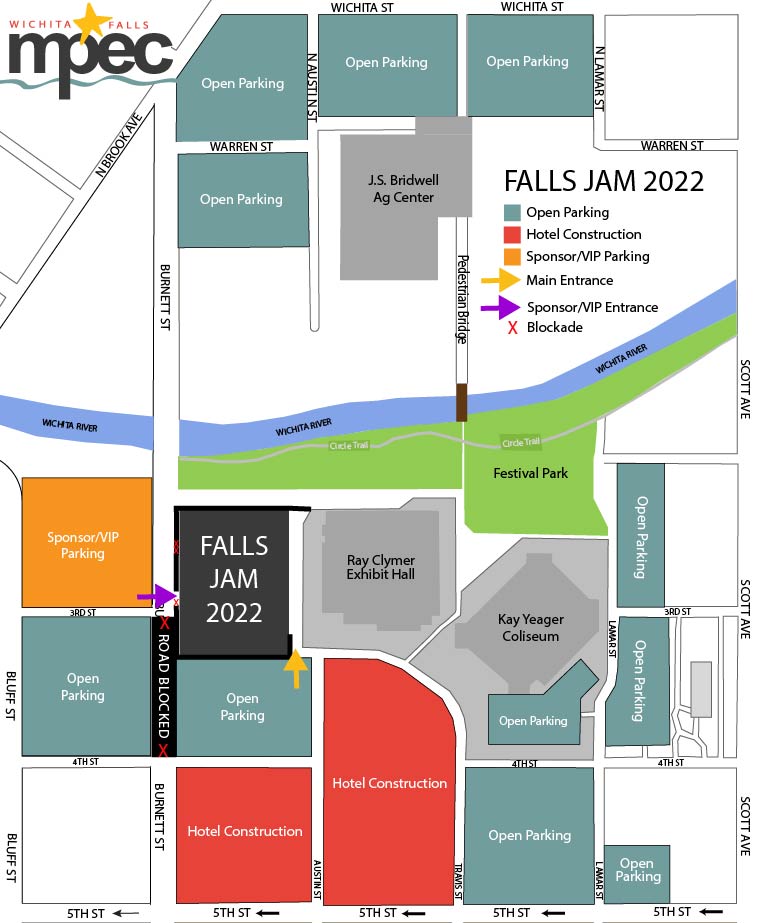 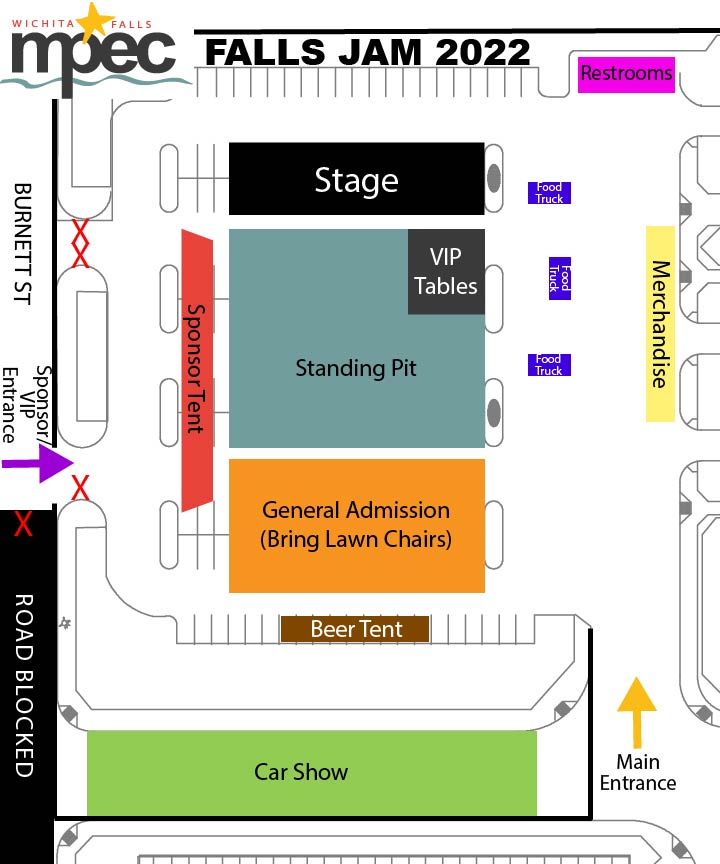 Ticket proceeds from Falls Jam ’22 will be presented to the non-profit Veteran’s group, Big Country Veterans in Truscott, Texas!
Big Country Veterans is dedicated to helping our Veterans conquer life after service. With your generous support, they can carry out this initiative. Gates open at 3pm and bands start at 4pm.

Aaron Watson’s career is perhaps summed up best by Forbes, who says he’s “one of country music’s biggest DIY success stories.”
For the past 20 years, Watson has achieved success on his own terms, hand-building a lauded career through songwriting, relentless touring and more than a dozen self released albums. His independent Texas spirit and strong work ethic are emblematic of the western lifestyle; virtues which have taken him from humble honky-tonks of Texas to multiple sold-out tours around the world.

Easton Corbin has been gracing stages with his memorable baritone and unique blend of traditional and modern country music for more than a decade. The Florida native, who boasts two No. 1 singles with “A Little More Country Than That” and “Roll With It,” embarks on a new musical chapter with his recent signing to Stone Country Records. Corbin teams with industry veterans Benny Brown, Paul Brown and Jason Sellers as the label’s flagship artist.

In today’s country, it’s not uncommon for artists to veer from one “lane” to another, adopting a new sound and style as trends change. But there’s a growing movement within the genre suffering no such identity crisis, and there you’ll find Kylie Frey.

Born and raised as country as it gets, Frey is a third-generation rodeo girl and Louisiana state goat-tying champion – and a rising star as genuine as her Wranglers. Sincere in her convictions and too real to dismiss, even for ardent country haters, her sound both typifies and transcends the genre. And with her new EP, Rodeo Queen, she’s bringing its timeless sense of authenticity back.

Mike Ryan is a San Antonio, TX born singer/songwriter who has accumulated fans across the US and throughout the world with powerful, whiskey smooth vocals and well-crafted lyrics. His thoughtful writing style evokes emotion and plants the audience inside his songs.

Oklahoma native, Josh Meloy recently released his new record “Oklahoma” in May of 2020. The record consists of a collection of songs written over the past 5 years. Meloy considers this his “best and most honest work to date”. Meloy recorded and produced the album at home giving it an undeniably authentic sound. Meloy didn’t plan on playing music in the beginning. In a family with strong ties to music, he chose sports. It wasn’t until attending Oklahoma State University at the age of 19 that he first picked up a guitar. Meloy, now 26, has since matured as a musician and songwriter while earning a strong fan base touring the Oklahoma/Texas region.