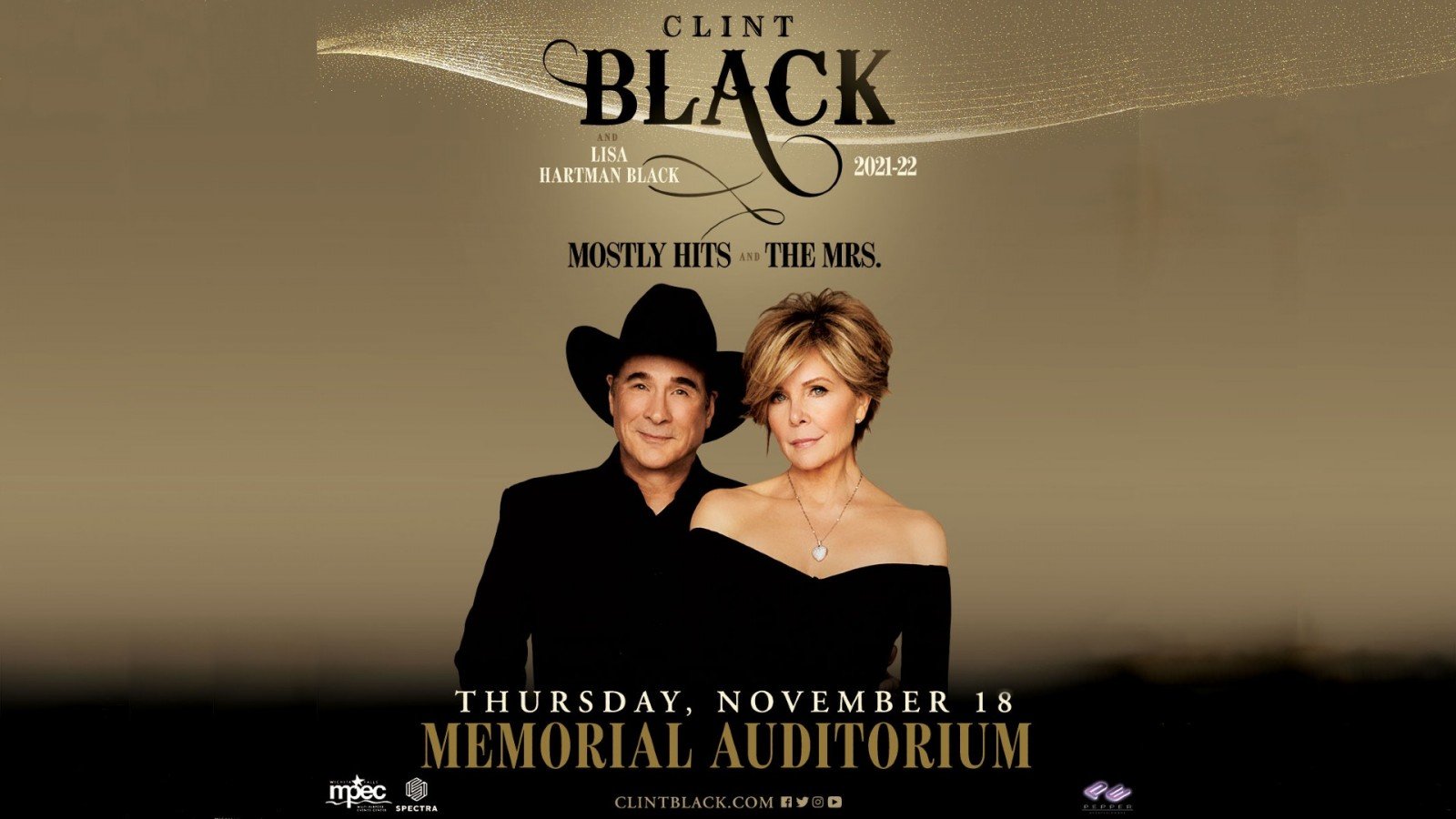 MOSTLY HITS AND THE MRS. TOUR

Wichita Falls, TX – Grammy-winning Country superstar Clint Black is hitting the road with the Mrs. Lisa Hartman Black and are making a stop at Memorial Auditorium in Wichita Falls on November 18, 2021.  Tickets start at $35 plus applicable fees and go on-sale Friday, June 11th at 10:00 AM and available at The Texoma Community Credit Union Box Office and www.wfmpec.com. Clint and Lisa Experience pre-show packages also available online at www.wfmpec.com.

It has been three decades since the release of Clint Black’s groundbreaking debut album, Killin’ Time. The genre altering record cemented the Country music icon as one of the truest traditionalists in the game and his widespread influence can still be felt in the works of artists today. Now, the seemingly unstoppable legend is heading out on tour with Lisa Hartman Black.

Having earned 22 #1 career singles, nearly two dozen gold and platinum awards (U.S. and Canada), a Grammy Award, numerous CMA, ACM and American Music Awards, Clint Black has had one of the most storied careers in modern music. The Houston raised musician has certainly come a long way from the Texas nightclub circuit where he first began.

In his latest effort, Out of Sane, Clint Black continues to hold firm in making great music that doesn’t fit a mold or conform to current popularity.